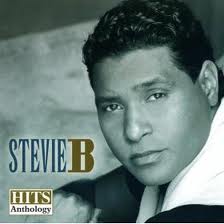 The Postman Song?  Well.  People were gaga for it 1991.  It goes back to my theory of how the adult contemporary genre doesn't exist anymore.  But in 1991, "The Postman Song" fit right into that genre.  Stevie B. writes his lady a letter, in a song, and tells her exactly how he feels.  And he feels that he loves her.  His heart is an open door.  He'll be right by her side.  He wants to reassure her that she can always count on him.  That isn't my interpretation of the lyrics.  Those are the lyrics.

Take it away, Grover.
Posted by Siobhan O'Malley at 8:11 PM

Email ThisBlogThis!Share to TwitterShare to FacebookShare to Pinterest
Labels: 1991, adult contemporary, because i love you (the postman song), grover, stevie b